This slow cooker ham recipe will be a big hit with your guests at Christmas and Easter parties. It’s made with only 6 simple ingredients and it is very soft and tender, melts in your mouth plus it has the perfect sweet and fruity flavor with a hint of spice.

You can even use this recipe to make a cheap and easy weeknight meal by using a smaller 2-3 pound ham. The cook time would  also be obviously be shorter too.

This is the best brown sugar pineapple ham recipe ever!

I have tried a few different variations but this one yields the best flavor and texture. 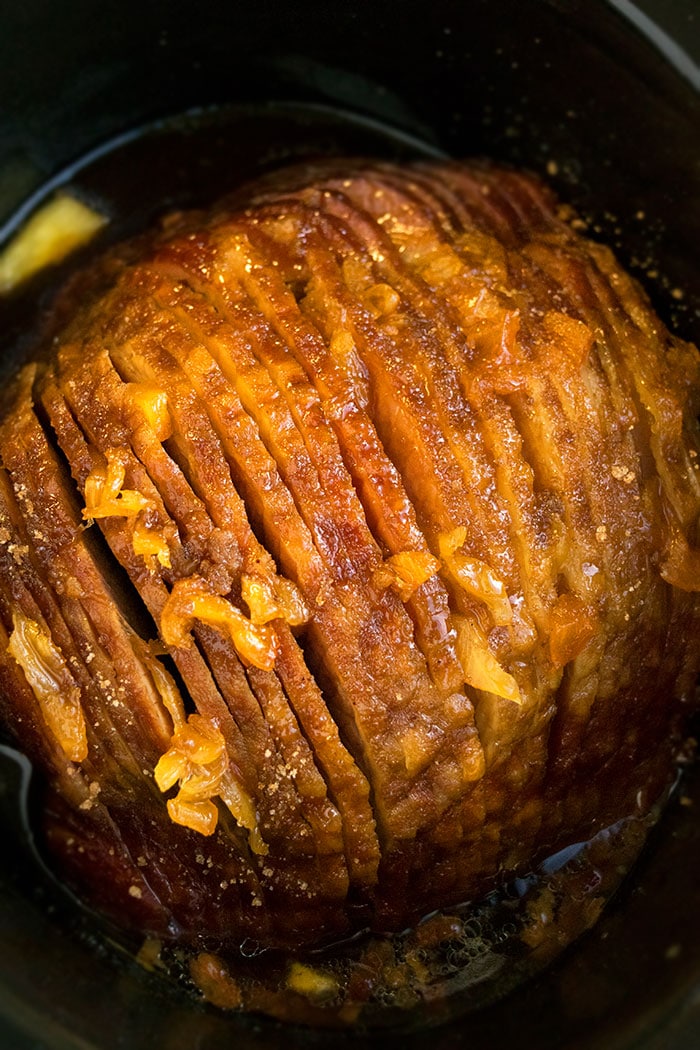 Can I put a ham in a slow cooker?

Yes, you can absolutely do this.  You may have to trim the sides or bottom to make it fit properly.

What to serve with slow cooker ham recipes?

These are the best sides:

How long should I cook ham in a slow cooker?

Cook for about 4 hours on low heat. It needs to get to a temperature of 140 degrees. 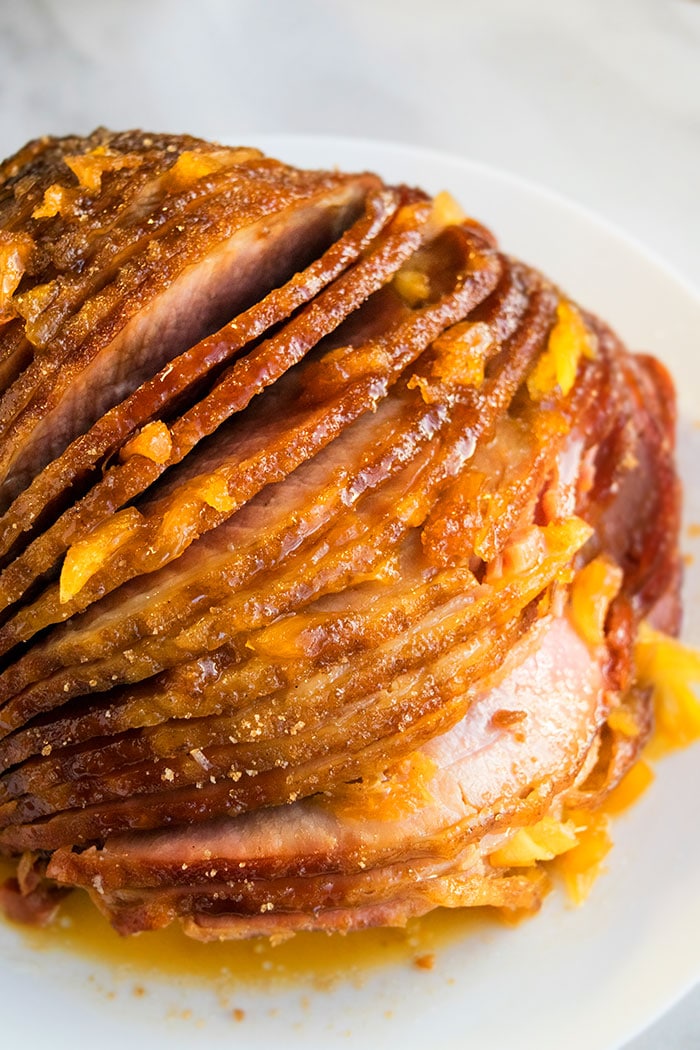 You can use smoked or non-smoked ham. In my opinion, the subtle smoky flavor is lovely in this recipe.

I used half a spiral cut ham because I love that the slices are already pre-cut and they are so convenient for serving but you can also use bone-in ham or even whole ham without any issues.

I highly recommend buying it precooked because it’s faster and convenient and get the crockpot to do all the work. You also won’t occupy the oven and keep it free for all the other food and sides that you need to prepare for the holiday party.  This ham is already cooked and cooking it in the slow cooker is simply heating it and infusing it with more flavor to take it over the top.

Among all the recipes I have tried, this one has the best and most balanced sweet, spicy and smoky flavor. 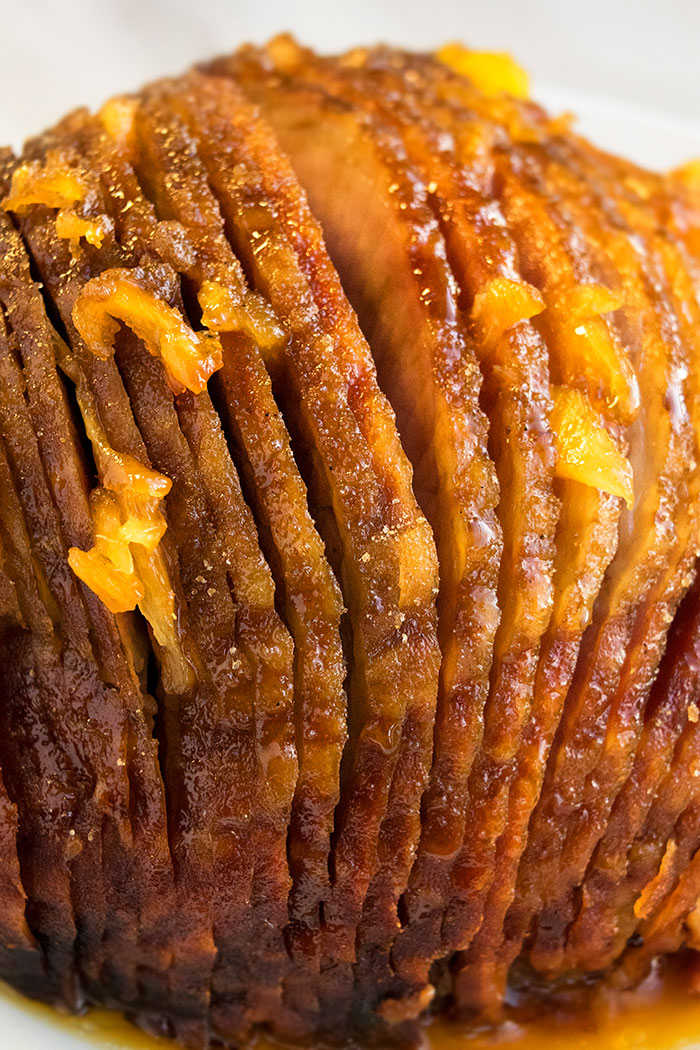 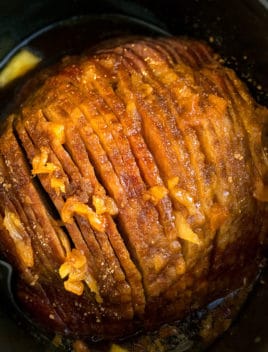